Center.app is the fastest contacts manager you'll ever use and I'm sharing it with you today.

What do I mean by fast?

Fast software gives the user a chance to "meld" with its toolset. That is, not break flow.

I want to find out if a super-fast contacts manager is something people really want.

If any of these speak to you, or if someone comes to mind, please get in touch on twitter or email.

Center is a contacts manager designed for busy people who want to grow their networks and build deeper human conection. Successful people in every field have at least one thing in common: they understand the importance of keeping up with their networks. Individuals can only go so far; true brilliance is in small teams.

Moreover, these people also understand that the current tools out there don't do this sufficiently. I'll prove it to you:

Before you continue reading, pause, and think about five people you've been meaning to connect with, professionally or personally, but haven't had the time to yet.

Ok, do you have those five people?

Great. Now open your Twitter, Facebook, and LinkedIn feeds. Is even one of those people anywhere to be seen on any newsfeed?

I shouldn't have to prove that maintaining your network matters, but in case you needed convincing:

Three candidates are being considered for the VP Engineering role at a fast-growing company. All three of them have gilded resumes, rarefied track records, and stellar references. They're all amazing, but one of them spent an hour each month curating their Rolodex and keeping up with people they met.

They sent holiday notes and thank you cards. Congratulated people on their kids' graduation. Reached out when they remembered someone. Kept a dream team list of people they would work with in a heartbeat.

And as a result, they have 10 times the reach of the other candidates.

Who do you think gets the job?

Executives work with assistants and support staff. Unfortunatly, even most motivated EA's do not have the context needed to maintain and curate someone else's Rolodex. The executive must do it themselves.

Your time is valuable, so a good contacts manager designed for you must be extremely fast. Put simply, the tool has to go faster than you think.

And Center does exactly that.

Transactional interactions are worse than no interaction at all. Nobody likes the person who ghosts and suddenly shows up when you're having a good press cycle, or worse, when they need something from you.

We have to move past this transactional mindset. Some products offer "AI to recommend who to connect to" - I don't think we're there yet. Some products automatically write emails for you - better to not reach out than to send an email that you yourself didn't even write. Don't be the person who emails their friends saying Hello, %FIRST_NAME%. That's the uncanny valley of insincerity.

Put differently, if you want to connect with someone but you can't find the time to actually connect, no amount of AI or tooling will save you. Zero times the best workflow automation and artificial intelligence, is still, well, zero.

People with CRMs feel transactional precisely because the products aren't fast enough and don't get the sender to the blinking cursor quickly enough. One of my key metrics has been time to blinking cursor. That's everything that happens between "I just remembered someone, I should reach out" and "I'm now writing that person a heartfelt message."

Everybody has genius within them and is capable of communicating in a genuine, heartfelt way. That clarity gets eroded by slow page load times and browser latency that erode it by making you wait. Center is built to get you to your zone of genius as fast as possible.

A lot of people also solve this with a spreadsheet or productivity app, like Notion or Airtable. Those are great multi-purpose products, but they're not specialized enough to really deliver a great experience for contacts.

Some things that I think are needed in a contact manager that probably won't be built into a productivity app like Notion:

These are just some of many things that necessitate a standalone product.

The luxury of side projects is being able to jump into something without having to do customer development or competitive analysis. You can just start and figure the rest out later. It's admittedly a circuitous path if the initial goal was to build a business, but this is the path I wanted all along.

I think building a contacts app is the proverbial startup founder idea - the thing you build before you've discovered that you have to make something people want. But I believe that people will use a good contacts app if it's faster and more useful than a spreadsheet.

Some videos of the product in action: 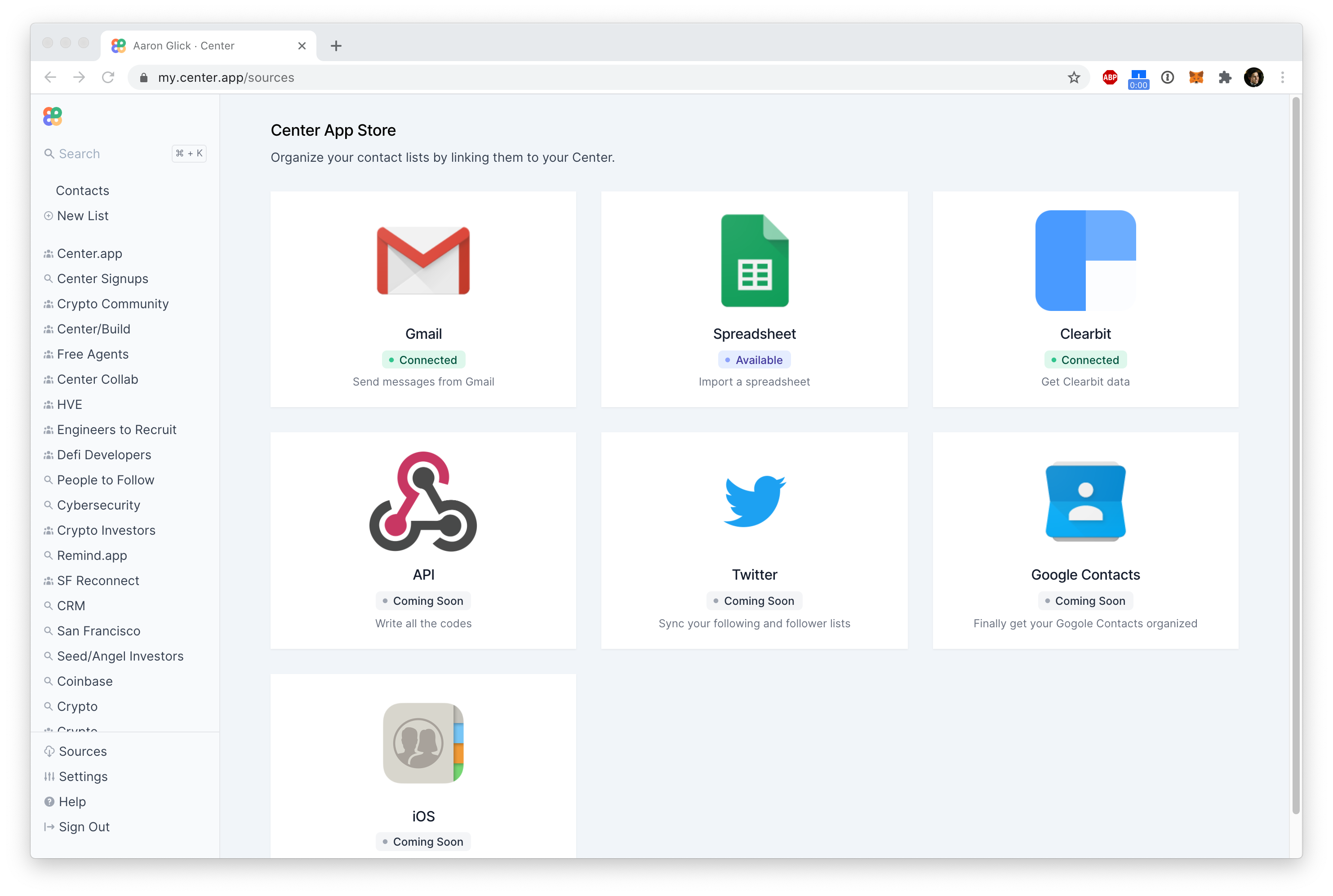